1
With the expansion of power batteries, overcapacity has appeared.

For example, in the Ningde era, in October 2016, it announced that it will invest 10 billion yuan in Liyang, Jiangsu Province to build a lithium battery plant with an annual production capacity of up to 10GWh. Its president, Huang Shilin, said that by 2020, the power battery capacity in Ningde will reach 50GWh. Camel announced at the end of last year that the first phase of the 1GWh new energy vehicle power battery production line began to operate at full capacity. According to the plan, Camel will continue to build a total of 4GWh of power battery capacity.

The Ningde era and camel stocks are just a microcosm of this expansion of power battery capacity. Almost all domestic power battery companies have already planned or plan to launch new production lines. BYD, Tianjin Lishen, Waterma, Tianneng, Guoxuan Hi-Tech , Yi Weigao, Nandu Power, Shanshangufen, Wanxiang A123, Yiwei Lithium, etc. are all on the list. Statistics show that in 2016, the investment in power batteries has exceeded 100 billion yuan. 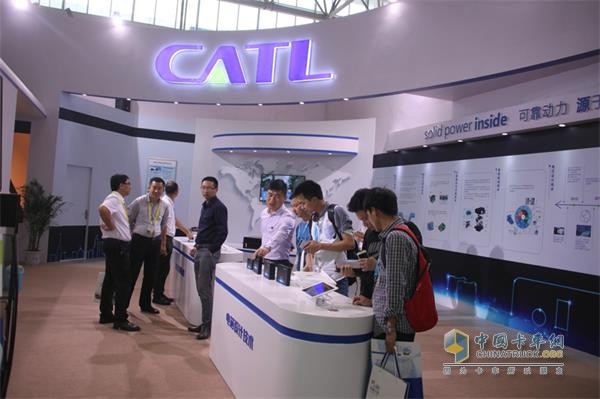 In 2017, the pace of capacity expansion is still continuing, but this time the capacity expansion is more concentrated on the ternary battery technology line. This stems from the introduction of the "Circular on Adjusting the Financial Subsidy Policy for the Promotion and Application of New Energy Vehicles" at the beginning of the New Year, which is commonly known as the "new national supplement," which puts forward higher requirements for the range of mileage for new energy vehicles and the technical route for power batteries. From the existing main lithium iron phosphate to ternary materials.

In the face of new demands, the surplus power battery industry has begun a new round of expansion. The industry expects that the scale of new investment in power batteries will continue to grow in 2017 and will remain at more than 100 billion yuan.

China Automobile Association expects that in 2017 China's new energy vehicle sales may reach 800,000 vehicles, but there are also many analysis and prediction of 600,000 vehicles. The expansion of production capacity on the supply side and the slowdown in the growth of the application-side market can foresee an adjustment shock or inevitable for the battery capacity.

An obvious advantage brought by the expansion of production capacity and increased competition is that the reduction of battery costsâ€”the reduction of raw material costs brought about by the rapid expansion of the battery industry chain, especially the main materials that occupy more cost (positive and negative electrodes, electrolyte, and isolation Membrane), other important materials also include the steel shell/aluminum shell of the square-shell batteries; the material system gradually shifts from lithium iron phosphate to a ternary system, energy density is further increased; scale effect and production efficiency brought about by further expansion of production capacity Increased manufacturing costs are reduced.

However, in the expansion of production capacity, especially in the advance expansion, a series of problems also accompany them:

The technical level is at the low end, and the industry lacks competitiveness;

There is a high investment in high-end R&D of the product, and the manufacturing performance is uneven.

There is a lack of collaborative innovation mechanisms between industry chains, and the level of technological development is uneven;

The structural contradictions in the industry are prominent, high-quality batteries and key materials are in short supply, and low-end supply has excess capacity;

A safety accident occurs in the operation of new energy vehicles, and the safety of the battery system needs to be improved

In early 2017, Miao Miao, Minister of the Ministry of Industry and Information Technology (MIIT) spoke out at the 100th Peopleâ€™s Congress of Electric Vehicles, saying that the high-end production capacity of power batteries and the low-end production capacity were further exacerbated. "Not only that, but the key issues in the field of power batteries are the low level of technology and the lack of battery standards. At the same time, there are many problems with low manufacturing qualification, poor safety, and high costs."

Profit-seeking is the nature of the company. Facing this unhealthy environment, it is necessary to promote and strengthen the advancement of both sides. The promotion is to increase the basic research of the battery industry, avoid low-level redundant construction, increase the core competitiveness, and comprehensively improve the battery production, system integration and control capabilities; Yanjin is the development of the industry's "scattered, small, weak", the establishment of national production capacity Early warning mechanism to guide industry enterprises to rationally plan capacity development plans.

The development of the new energy automobile industry puts higher requirements on the power battery, especially for battery quality, energy density, safety factor, etc. At the same time, battery manufacturing is also moving toward the direction of informatization and stabilization. The core competitiveness of power battery companies is through technological innovation, production automation, and management standardization, accelerating the pace of battery intelligent manufacturing, and promoting China's battery products to enter higher-end markets to meet the high-quality requirements of new energy vehicles, rather than blindly To expand production capacity, heavy production without quality.

In the aspect of Yan Jin, the state set the conditions for industry access, and those who did not meet the standards were banned. According to sources, at present, the Ministry of Industry and Information Technology is making revisions to the power battery specification threshold, setting new entry standards in terms of production capacity, production conditions, and technology research and development capabilities, and the standards may be introduced in the near future.

â€œAfter the big waves hit the sand, we have seen Jin Jin Cun.â€ With the survival of the fittest and the efforts of all parties, Chinaâ€™s new power battery industry will face a new round of reshuffling, industry concentration will be further enhanced, and companiesâ€™ progress in technological R&D will be promoted. The layout will not only benefit the long-term development of the company itself, but will also help promote the rapid development of China's power battery-related technologies.

A fiber laser is a laser where the active medium being used is an optical fiber that has been doped in rare elements; typically, erbium, ytterbium, neodymium, thulium, praseodymium, holmium or dysprosium. While you don`t need to worry too much about which rare-earth elements have been used, the main thing to note is that it is fiber that is being used at the centre of this Laser Machine. This is different to the two other main types of laser, which are gas lasers (typically uses helium-neon or carbon dioxide) and crystal lasers. Fiber lasers are the newest type of laser to hit the market, with many arguing that it is the more beneficial of the three types. 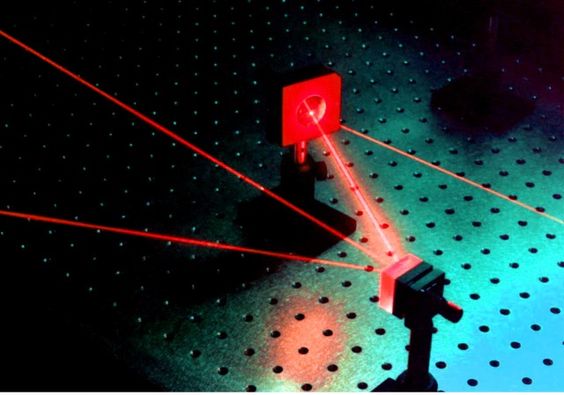