â€œTwelfth Five-Year Planâ€ will end soon, what kind of report card will be delivered by FAW Xichai , the most senior diesel engine manufacturer in China?

From the 16th Eighth Party Committee (Expanding) Conference held by FAW Xichai recently and the 2nd Staff Representative Conference held in 2015, during the â€œTwelfth Five-Year Planâ€ period, Xichai took the initiative to face the great pressure of economic downturn and solved problems with reforms. With openness and dynamism, the economy is generally stable and stable. 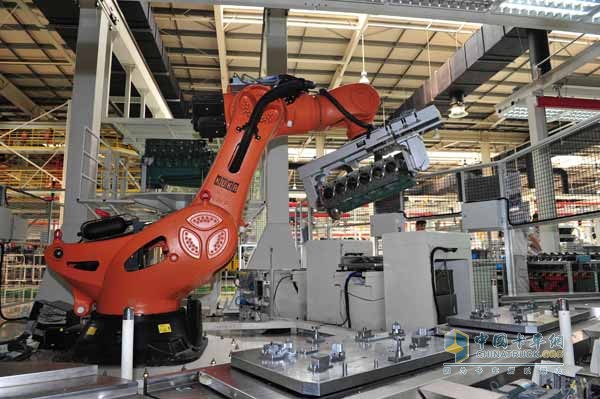 The twelfth five-year closing ceremony will soon take off - a good transcript of Xichai.

Significant achievements in transformation and upgrading

In the past five years, it was Xiechaiâ€™s extremely extraordinary and brilliant five-year development. Faced with the complicated market environment and arduous and difficult tasks, all Xixi and Chai people work together to overcome difficulties and overcome difficulties. They are guided by the overall concept of â€œfour transformationsâ€ of the four ventures, focusing on the â€œFive Strategiesâ€ and the â€œFour Constructionsâ€. Goals, adjust structure, promote transformation, build brand, improve quality, grasp innovation, increase motivation, manage and control risks, maintain systematization, synergy, and sustainability of development, and develop higher quality, better structure, and efficiency. better.

At the beginning of planning, in the face of rapid growth during the â€œ11th Five-Year Planâ€ period, Xie Chai took a calm and strategic thinking, actively planned for transformation and upgrading, forward-lookingly proposed â€œFour Major Transformationsâ€, and transformed the development concept, inciting the transformation of development methods. Over the past five years, in the face of macroeconomic slowdown in gear shifts and downward pressure on the automotive market, Xichai has consistently maintained its strategic strength and strategic self-confidence, and has unwaveringly promoted transformation and upgrading. It has focused on quality, efficiency and quality by focusing on branding, innovation and management. With the benefits, it has achieved the â€œdouble harvestâ€ of development quality and efficiency, and has become an independent company that has maintained profit of over 100 million yuan each year during the â€œTwelfth Five-Year Planâ€ period. At the â€œNational Excellence Conferenceâ€ held on November 4, the factory won the â€œ15th National Quality Awardâ€ for its outstanding development quality and efficiency.

The numbers explain everything.

In the past five years, Xichai built a vision of â€œnational brand, high-end powerâ€, started in exploration, advanced in practice, planned the â€œthree phasesâ€ of brand building, and built corporate brand, product brand and factor brand. Established a brand core value system. In the past five years, Xichai has stood at the commanding heights of a century-old enterprise, applied an internationally known reference system, explored the scientific methods of brand building, and found a two-wheel drive path of â€œtrimming brand leaders and grasping user perceptions outsideâ€ to make the brand strategy from paper. "Going" to the ground has become the highest strategy of the factory, and its brand influence has been continuously improved. By 2015, the awareness, reputation, and loyalty of the Xichai brand reached 64.8%, 65.2%, and 75.7%, respectively; brand value exceeded 10 billion yuan, reaching 10.229 billion yuan; the factory won the â€œChina Industrial Enterprise Brand Competitiveness Evaluation. Awards such as "Honoring Enterprises" and "Mechanical Industry Brand Cultivation Pilot Enterprise" have marked the achievement of the goal of "Chinese Famous Brand".

â€œBig innovation is not a slogan. It is an important step towards manufacturing intelligence. It does not subvert from head to toe but inherits and sublimates. It is outstanding leadership and forward-looking.â€ In the past five years, Xichai has transformed innovation. The primary driving force for development is to take concept innovation as the forerunner and technology innovation as the focus, and continue to advance the science and technology-driven strategy. Focusing on the goal of â€œchanging from technology-following to technology-leadingâ€, tinchae pioneered five mechanisms for technological innovation, defined the decision-making processes and institutions for technological innovation, and operated a â€œmajor innovationâ€ and â€œconventional projectâ€ dual-track model to build internal and external The Open Innovation Network promotes eight leading innovation projects with the courage to â€œdo what others have not done and what others cannot doâ€. Through five years of unremitting efforts, engine technology represented by fuel economy has achieved individual lead. The comprehensive fuel consumption of Xichai products has been reduced by 3% to 5% compared with similar products. Third-party customer satisfaction survey shows that fuel-efficient has become the brand of Xichai. Personality characteristics. The factory has won honors such as "Jiangsu Province Enterprise Innovation Advanced Unit" and "Wuxi City Enterprise Innovation and Development Advanced Unit".

Years do not live, Heaven rewards.

In the past five years, Xichai has been rationalizing the non-road product platform in line with the idea of â€‹â€‹â€œsmoothing product platforms and developing key platforms.â€ The proportion of sales in non-road markets has increased to 26%, becoming an important strategic market for the plant; and natural gas has been optimized. The engine platform makes up for the shortcomings of the product; the development of strategic products is started. On the other hand, it focused on the development of Aowei Platform. Through continuous benchmarking and optimization, Aowei Engine 's performance and quality were improved, reliability (12MIS failure rate) was close to the international advanced level, and durability (B10 life) achieved 2 million kilometers. Overhaul, 6DM diesel engine has won the reputation of annual engine, energy-saving engine, and power vanguard. The heavy-duty truck market share ranks first in the industry, and the 11-litre market share remains the absolute leader. The contribution rate of new output value increased from 43% in 2011 to 58% in 2015. The factory has won honors such as "Equipping China's Meritorious Enterprise" and "China's Industrial Pioneer Model Unit".

During the â€œTwelfth Five-Year Planâ€ period, Xichai established the worldâ€™s leading heavy-duty engine base in accordance with the standards of â€œLeading design, leading equipment, and leading managementâ€; established a high-standard engine remanufacturing base; increased special-purpose vehicles for modified car bases. Sales volume; formed four major base layouts. In five years, the factory has invested a total of 2.35 billion yuan in technical reform funds and has a standard engine production capacity. Xichai also strengthened the construction of supplier teams, established black bases, non-ferrous bases, and Xichai dedicated lines to improve its resources and quality assurance capabilities. As of 2015, the number of core suppliers reached 55 and the proportion increased to over 20%. At the same time, based on changes in the market, Xichai has adjusted its production model to improve labor efficiency. This not only satisfies market demand, but also leaves room for future development.

In the past five years, Xichai has been pursuing the concept of â€œtransformation from intension management to lean managementâ€ with the goal of improving management efficiency and efficiency, focusing on business, processes and mechanisms, emancipating the mind, exploring boldly, reforming and innovating, and optimizing process management. The birth process of new products, the improvement of product planning processes, and the completion of quality traceability, new ERP, TDS and other information systems. In the reform of the mechanism, the â€œpublic-privateâ€ mechanism of the Ministry of Steam Reform was implemented, five technological innovation mechanisms were established, and the â€œdiversified and modularâ€ compensation incentive model was promoted, enthusiasm for innovation and entrepreneurship among all employees was stimulated, management efficiency was improved, and the factory acquired "Jiangsu Province, an outstanding enterprise in management innovation" honorary title.

The team building has made great achievements

The factory always regards human resources as the first resource, promotes the â€œ125â€ human resources strategy management system construction, accelerates mechanism innovation and personnel training, and forms a staff team with reasonable numbers, optimized structure, and high quality. In the five years, the proportion of core key teams rose from 6.8% to 8.4%; one national master craftsmanship studio was built, 38 were named FAW Group experts and senior experts, and 166 people won awards at the municipal level or above. The factory has won honors such as "the first Jiangsu province skill champion contest Wuxi contest selection competition" and "Jiangsu province high-skilled personnel training excellent demonstration base".

In the past five years, through the integration and innovation of culture, Xichai has formed an â€œeagle cultureâ€ system with tenacity, combat, and integration as its core connotations. It has taken root in the entire plant, and has become a conscientious behavior that employees have become aware of, integrate, and subtle, and become a corporate condensate. A powerful force that is focused on cohesion and toughness. Concentrated in: Xichai adheres to unremitting tenacity, promotes Aowei quality improvement, and raises the quality level of its own brand to a new height. It is reflected in the following: Xichai has struggled hard for the past 17 months, built a world-leading Huishan base with high standards, and once again created a miracle for the Group's project construction. During the â€œTwelfth Five-Year Planâ€ period, Xichai became a model for Wuxi and group companies to learn, â€œThousands of companies learn Xichaiâ€ and â€œSelf-study Xichaiâ€; the factory was successively named â€œNational May 1st Labour Prize Collectiveâ€, the 33rd "National Enterprise Culture Demonstration Base".